Epidemic is a concept widely used by public health specialists and humanitarian actors. It is commonly used as a synonym of pandemic and outbreak, although all these terms have technically distinct definitions. In addition, it is often found in combination with emergency and disaster; specific disasters associated with epidemics include floods, earthquakes, famine and malnutrition. A number of disease-specific epidemics standout in the HE’s collection of documents, including cholera, HIV/AIDS, Ebola, malaria, tuberculosis and meningitis. Of these, the Ebola epidemic in West Africa is particularly frequently cited.

It is important to note that “response” is one of the most frequent terms modifying epidemic, although prevention, preparedness and control also occur. In addition, terms implying urgency, such as “broke out”, “spread”, “hit”, “sweep”, “rage” and “appear”, are used to describe the actions epidemics take, while reactive terms such as “reverse”, “declare”, “stem”, “contain”, “curb”, “tackle”, “combat”, “stop” and “halt” dominate the ways epidemics are acted upon. This indicates that despite their common occurrence, each epidemic is unique and poses an urgent response challenge for humanitarians, as COVID-19 demonstrates on an unprecedented scale.

Please note: The overview on this page represents a first summary and exploratory analysis of the concept, proposed by the HE core team for discussion, on the basis of preliminary linguistic data. It is not the full concept entry which will be based on rigorous linguistic methodology and collaboration with humanitarian experts.

Coming soon: Expanded concept explanations, visualisations and analysis for this and 17 other COVID-19 related concepts.

The increase in uses of the term in 2014-2015 may reflect the importance of the Ebola epidemic for humanitarian action, with the concept appearing in more documents around this time period. In 2008, however, the spike reflects a higher proportion of epidemic-specific documents in the collection: both IFRC’s World Disaster Report and UNDP’s Asia-Pacific Human Development Report focused on the HIV/AIDs epidemic that year.

“Global epidemic” appears prominently in the document collection, and as the map shows is frequently used in documents from multiple continents. Epidemic is also frequently used in relation to specific countries and regions heavily affected by Ebola (Guinea, Sierra Leone, Liberia, DRC) and cholera (Haiti and Zimbabwe).

Corporations and businesses, a category that also includes think tanks and magazines focused on humanitarian issues, have carried out in-depth features on epidemics such as malaria, which explains their high frequency. Similarly projects, particularly the Sphere Project, refer to the term epidemic when outlining humanitarian standards for responding to epidemics. 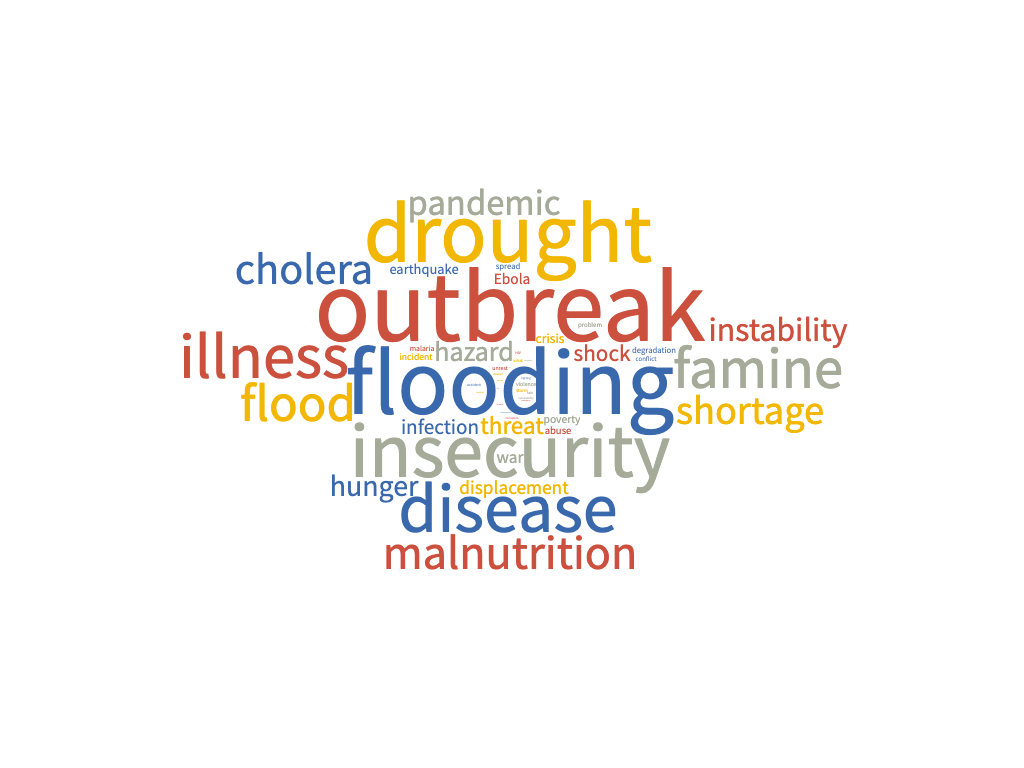 For further information on the COVID-19 epidemic and its impact in humanitarian settings, please see: